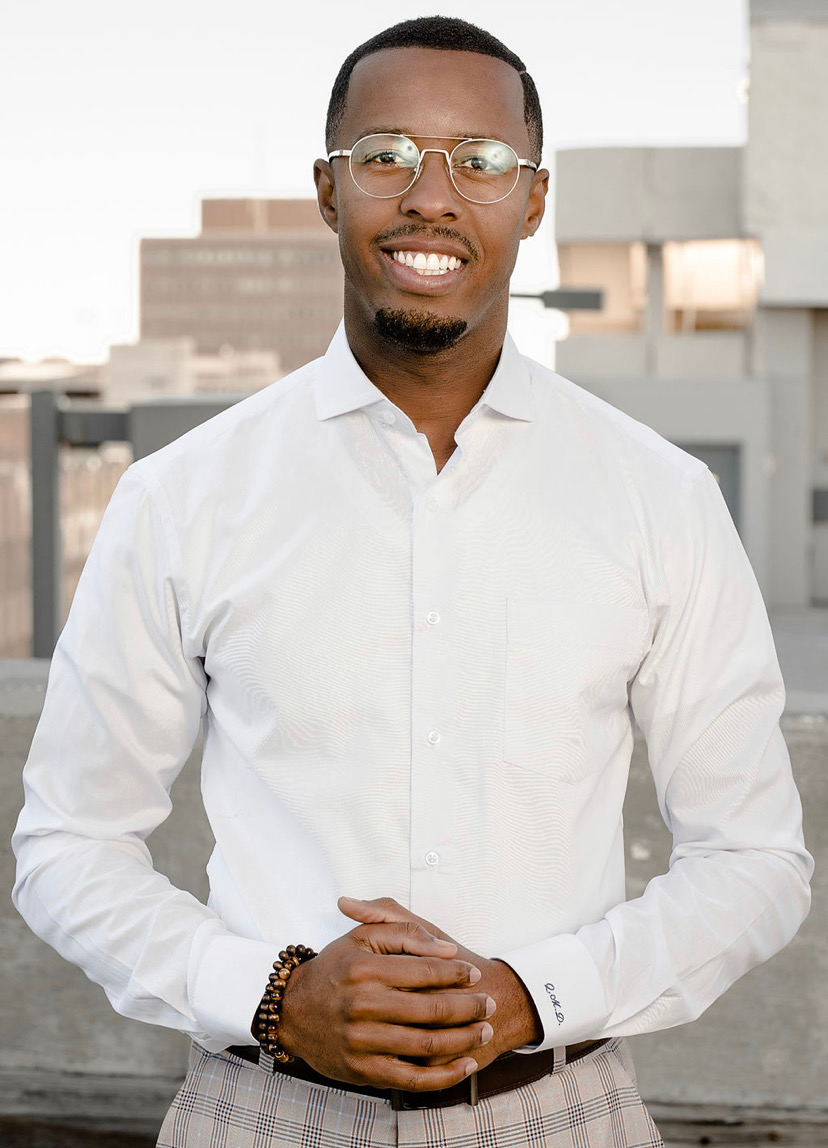 Pastor Quentin Michael Dickerson, a native of Elyria, Ohio, was born to parents Gary and Priscilla Dickerson. He is the eldest of four children and a graduate of Elyria High School.  Born and raised in a small, family-centered town, Pastor Quentin has an innate passion for helping people. He is invested in serving others, and uses his pastoral and musical gifts to edify and inspire others.

Pastor Quentin’s ministry first began as a pianist, his role as a musician laid the foundation for a much larger ministry. He is not merely a gifted musician, but an anointed one, whose music supersedes the surface of silvery sounds, breaking barriers, by speaking comfort to the broken, healing to the hurting, liberation to the captives. His unique ability to impart the word of God through music has garnered the interest of the illustrious National Baptist Convention and has afforded him the opportunity to collaborate with other gospel musicians nationwide. His CD, “Welcome to My World,” has been heard throughout the world and has even charted numerous times on the smooth jazz charts in the U.K.

While Pastor Quentin recognized the importance of ministering through music, he also realized that there was more to his calling. He was called to the piano bench, but he was also called to the pulpit. In 2008, he embarked into preaching. In 2009, he was licensed at his home church, Second Baptist Church (Elyria, Ohio) by Pastor Dr. Carl P. Small. After settling in Nashville, Pastor Quentin joined the Crystal Fountain Church to serve in the music ministry. He presided over ‪Wednesday night‬ worship services and shortly thereafter, was appointed Dr. Graves’ pastoral assistant. On June 5, 2016, he was ordained by Senior Pastor Dr. Michael V. Graves.

In 2014, Pastor Quentin graduated from Welch College (Nashville, TN), double majoring in Biblical Theology and Christian Ministries. He later graduated from Liberty University (Lynchburg, VA), with a Masters of Arts in Christian Leadership in December, 2016. This year, he founded his own church, “United Family Fellowship,” in Nashville, Tennessee, of which he is the lead pastor. The church held its first service on Sunday, February 12th, 2017. Along with the growth of church, his future plans include creating a non-profit organization to mentor youth through music production and performance.